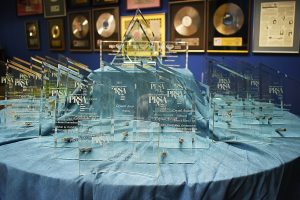 As a pro bono campaign, Owston & Owston competed with advertising agencies in the state, as well as those in the PRSA’s East Central District, which covers West Virginia, Western Pennsylvania, Ohio, Michigan, Indiana, and Kentucky. Three regional Diamond Awards of Merit were given in the campaign category of events (7 days or less) and for the tactics of public service announcements and feature story. Only one other West Virginia entry received a regional award.

In addition to the “Best in West Virginia” award, Owston & Owston received 12 awards from the PRSA-WV Chapter. These included Crystal Awards for three campaign categories: community relations, events (7 days or less), and public service. Crystal Awards were earned for the tactics of blogs, collateral, logo, media relations, social media, video, website, and writing. An honorable mention was also awarded for the campaign category of integrated communications.

“We were inspired by other campaigns to offer our services to promote the Beckley Holocaust Remembrance Day,” said Jim Owston. “I had a never-before-seen interview of Holocaust victim Max Lewin, who started the yearly commemoration; Lewin requested that the 1996 video not be published until after his death. This interview became the centerpiece of the 2018 event, and we believe that the publicity surrounding its unveiling was responsible for more than doubling the commemoration’s largest attendance to date.”

In addition to the WV Remembers campaign, seven honors were awarded to AB students. Lora Owston won Crystal Awards for the tactics of collateral (for an AB wrestling team flyer), single issue publication (for the AB mission team calendar), and website (for “A Covered Bridge Christmas”). She also received an Honorable Mention for her articles relating to AB student Morgan Winterbottom’s scientific research through WV-INBRE.

The Digital Edge, AB’s mass communication organization, took home two Crystal Awards for the tactics of media relations for “A Covered Bridge Christmas” and video for “AB’s 2018 Giving Day.” Jeremy Linaburg, a 2019 graduate, received a Crystal Award in writing for the article “Go Out and Play in Old Town Winchester.”