Alderson Broaddus University announced the Virtual Homecoming 2020 Alumni Award winners during a virtual ceremony on Saturday, October 17. In lieu of the University’s annual Alumni Awards Banquet, the eight award winners connected virtually with the alumni community to share their appreciation and accept their awards. 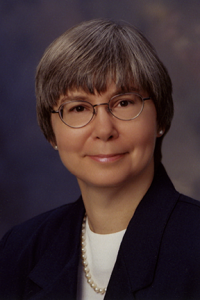 Mrs. Vicki (Vandergift) Alkire was honored with the Alumni Achievement Award, which is presented to an alumnus who has made an outstanding contribution in their chosen field or endeavor.

Mrs. Alkire graduated from Alderson Broaddus in 1974 with a Bachelor of Arts degree in psychology with an emphasis in social work. Currently, Vicki is the president and owner of Viable Alternatives, Inc., a care management organization that has offered professional guardianship, aging life care management, power of attorney, trustee, health care surrogate, and personal representative services since 1992. In 1999, Alkire obtained certification as a National Master Guardian by the Center for Guardianship Certification. She is one of approximately 60 individuals nationwide holding this advanced designation.

Throughout the years, she has served in multiple leadership roles on various state and national boards. Vicki was elected as the 2009 president of the National Guardianship Association and later as the 2013 president of the Center for Guardianship Certification Board of Trustees. Currently, Vicki serves as an advisor to the Aging Life Care® – Florida Chapter, Board of Directors. 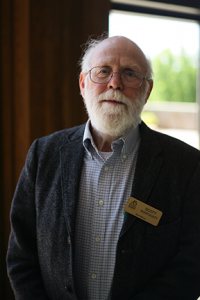 The Distinguished Alumni Award for outstanding service to the University was presented to Mr. Scott Northcott.

Mr. Northcott is from northern New England and, upon arriving on campus, found a home among some of the friendliest people he had ever met. He earned his bachelor’s degree in social science from Alderson Broaddus in 1967. Following graduation, Northcott spent several years in graduate school and later returned to New Hampshire, where he married Judy, his wife of 47 years, and began their family. They purchased a small woodturning company that has been featured on the popular PBS show “This Old House” as part of a series on the construction of a timber frame home. Forty-plus years later, their business, which now includes their children, is still producing pegs and tunnels for covered bridges, boat construction, restoration, timber frames, and anything else that is pegged together.

Northcott has served on AB’s Board of Trustees and Governors since 2009 and for many years has coordinated Epsilon Tau Eta Sigma fraternity alumni events. Additionally, Northcott has been the driving force behind raising funds to endow the Doug Bell/Lowell Cosby Epsilon Scholarship. Through Scott’s tireless efforts, the fund has become endowed and now stands at over $24,000. 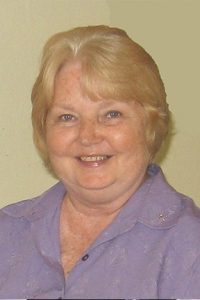 As a non-alumnus recognized for their dedication and passion for the University through extraordinary actions or commitments that assist in fulfilling the mission of the University, Dr. Barbara Sims was named this year’s Outstanding Ally.

Dr. Sims holds a bachelor’s degree in secondary education with double teaching fields in mathematics and speech communications from Fairmont State College and a master’s degree in rhetoric and public address from West Virginia University. 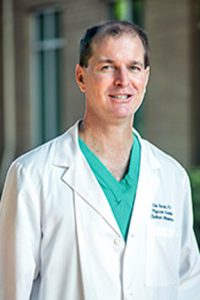 The Hu C. and Avanelle Myers Award, which recognizes achievement and leadership in the physician assistant profession by an Alderson Broaddus graduate, was presented to Mr. Daniel Vacala.

Mr. Vacala has been a Physician Assistant since graduating from Alderson Broaddus in 1989. Following graduation, he began working as a physician assistant in Dublin, Georgia. Through the years, Vacala has acquired a litany of real-world experience, especially in the realm of sports medicine. He received his Athletic Training Certification and has worked with the 1996 Atlanta Committee of Olympic Games, the United States Weightlifting Federation, and numerous college, high school, and club teams. He has served as a lecturer at the local university’s medical training programs and a speaker for the Georgia Physician Assistant conferences. He served as president of the association from 2014-2015.

In 1991, Vacala moved to Savannah, Georgia, and has worked at Chatham Orthopaedics Association, specializing in orthopedic surgery, for almost 30 years. He also served as the program developer of the Candler Sports Medicine and Wellness Program. 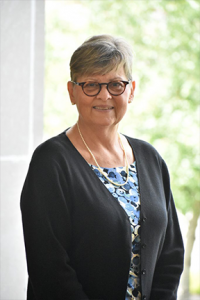 Dr. Joan (Crites) Propst was honored with the Nursing Alumni Association Award. This award recognizes achievement and leadership in the nursing profession. Dr. Propst is a tenured professor of nursing and the executive vice president for academic affairs at Alderson Broaddus, where she previously served as provost until August 2020. Dr. Propst earned a Bachelor of Science in nursing in 1979 from AB. She then achieved a Master of Science in nursing in 1985 and a Doctor of Education with an emphasis in higher education administration in 1993, both from West Virginia University.

She received a gubernatorial appointment from former Governor Bob Wise to membership on the West Virginia Board of Examiners for Registered Professional Nurses from 1995 – 2000. She is a former member of the West Virginia Nurses Association, and she is also a past member of the Nominating Committee of the Accreditation Commission for Education in Nursing. Dr. Propst maintains instruction through AB’s nursing program for registered nurses to complete a baccalaureate degree and traditional students. She has expertise in working to achieve and maintain regional and discipline-specific accreditation at AB with the Higher Learning Commission (HLC), Accreditation Commission for Education in Nursing (ACEN), Teacher Education Accreditation Council (TEAC), and the Accreditation Review Commission on Education for the Physician Assistant (ARC-PA). 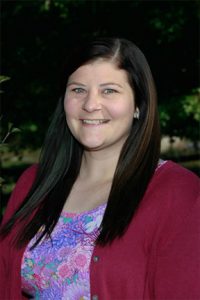 The Outstanding Young Alumni Award, which recognizes an individual for exceptional achievement in their field within ten years of graduation, was presented to 2011 graduate Katlin (Thorsell) Grantham. Grantham graduated from Alderson Broaddus in 2011 with a Bachelor of Arts in recreational sport management. During her time at AB, Grantham was an outfielder on the Battlers softball team and served as president of the Student-Athlete Advisory Council.

Grantham is currently an agriculture teacher at Washington High School in Charles Town, West Virginia, and the 2018 West Virginia Teacher of the Year. She received her Master of Science in agriculture from West Virginia University, emphasizing agriculture and extension education. Grantham serves her community as a volunteer firefighter and EMT and is currently becoming a National Board-Certified Teacher. Grantham hopes she creates a warm and welcoming environment in her classroom and that when her students leave the halls of Washington High School behind, they will always remember that they have someone who truly believes in them. 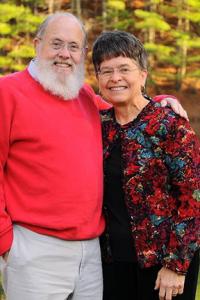 The honor of Lord and Lady is awarded each year to a couple who have distinguished themselves by their service, dedication, and gifts to Alderson Broaddus University. Mr. David and Marleen (Wetherbee) DeLauder were the 2020 recipients. Mr. DeLauder pursued a bachelor’s degree in history at AB. Mrs. DeLauder earned a bachelor’s degree in nursing and participated in the cooperative education program while working at Broaddus Hospital in Philippi, West Virginia.

After graduation, David was drafted to the United States Air Force, and he and Marlene relocated to Oklahoma for a time. He was discharged in 1974 and worked as a welfare investigator, spent 11 years in Lowe’s management, and then retired after 24 years of serving as a letter carrier for the U.S. Postal Service. Marleen spent most of her career in various vice president roles at Centra Health Hospital Systems in Lynchburg, Virginia. She was responsible for an emergency department with 77,000 annual visits, a critical care nursing service, and medical-surgical nursing services. She also served as a professor at the University of Lynchburg. After spending 45 years in the nursing profession, Marleen retired in 2011.

Mr. and Mrs. DeLauder attended AB when it was on the quarter system, and they both attribute their shared life success to their respective AB educations.

“Alderson Broaddus University and the Alumni Association are very proud to honor each of these exceptional Alderson Broaddus alumni for their outstanding achievements, their leadership within their chosen career fields, their involvement in their communities, and their dedication and support to their alma mater,” said Josh Allen, associate vice president of institutional advancement and director of alumni relations.

The virtual ceremony was held on October 17 and recognized eight alumni and friends for their outstanding achievements and contributions. The event was held virtually and featured video tributes to the honorees.

Alderson Broaddus University is an independent institution of higher learning, committed to serving the region as an academic, cultural, and religious resource, with programs based on a liberal arts foundation.

Since its founding in 1871, AB has been a leader and innovator in higher education, with accolades in the health and natural sciences. Alderson Broaddus University stands out as one of the most innovative health education providers in Appalachia, pioneering the nation’s first baccalaureate physician assistant program of its kind in 1968, a post-baccalaureate physician assistant master’s degree program in 1993, and West Virginia’s first baccalaureate nursing program in 1945.

AB is located on a historic hilltop in Barbour County in Philippi, West Virginia. The University is rooted in historic and continuing relationships with the American Baptist Churches in the U.S.A. and the West Virginia Baptist Convention.