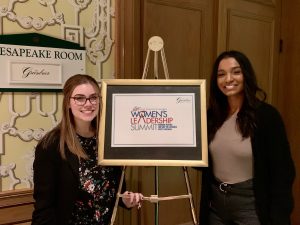 Two Alderson Broaddus University students joined women from across the state as they gathered to honor and learn from each other’s experiences and celebrate their aspirations at the West Virginia Chamber of Commerce’s Women’s Leadership Summit: Women Paving the Way to a Diverse West Virginia. AB’s Student Government Association members, […] 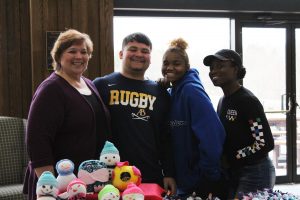 Alderson Broaddus University students are “Crafting for a Cause” to help those in need this holiday season. For the second year in a row, students worked throughout the fall semester on projects that will be enjoyed by foster children this Christmas. Now in its second year and with a focus […]

Dr. Joan Propst, provost and executive vice president for academic affairs, has released the President’s, Dean’s, and Honorable Mention lists to recognize students for their academic distinction. Full-time students who earned a 3.60 or above are named to the Dean’s List. Students who achieved a 3.40 to 3.59 are given an honorable mention. To be named to the President’s List, a student must be on the Dean’s List at AB for five semesters.

A complete list of students on all of these lists can be found at ab.edu/lists/.

Alderson Broaddus University is an independent institution of higher learning, committed to serving the region as an academic, cultural, and religious resource, with programs based on a liberal arts foundation. The mission of AB is to provide students with the highest quality education, striving to prepare students to succeed in their chosen disciplines and to fulfill their roles in a diverse society as well-rounded and responsible citizens.

Since its founding in 1871, AB has been a leader and innovator in higher education, with accolades in the health and natural sciences. The University stands out as one of the most innovative health education providers in Appalachia, pioneering the nation’s first baccalaureate physician assistant program of its kind in 1968, the first post-baccalaureate physician assistant master’s degree program in 1990, and West Virginia’s first four-year nursing program in 1945.

AB is located on a historic hilltop in Barbour County in Philippi, West Virginia. The University is rooted in historic and continuing relationships with the American Baptist Churches in the U.S.A. and the West Virginia Baptist Convention. For more information about AB, visit www.ab.edu.

At the end of each semester, students who have attained a semester average of 3.60 or above are named to the Deans’ List if they have carried at least 12 semesters hours.

Students who attain a semester average of 3.40 to 3.59 and have carried at least 12 semester hours are given Honorable Mention.

To be named to the President’s List, a student must have been on the Dean’s List at Alderson Broaddus University for five semesters. 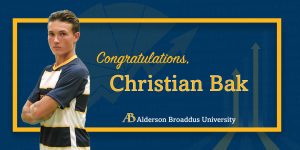